Tara began painting at a young age. Having been born into an artistic family, her father, Peter Di Gesu, became her first art teacher. As a teenager, though, it was a her adventurous spirit and a fascination with meditation and philosophy that took her to Nepal, where she met many great Buddhist teachers. She also found herself living near the brilliant traditional Tibetan artist Jamyang Gyatso, who specialized in thangkha painting, and quickly became inspired to study with him.

For the next three years she studied both art and Buddhist philosophy in Kathmandu. She continued her studies first at the Nova Scotia College of Art and Design, where she was particularly inspired by painting teacher Gerald Ferguson; then at the Naropa Institute with master painter Cynthia Moku.

In 1993, while still a student, Tara began to accept commissions. While her paintings remain essentially faithful to the Tibetan tradition she trained in, Tara has gently shifted the stylistic emphasis and brings the fresh, ethereal quality in her work that makes her paintings unique. 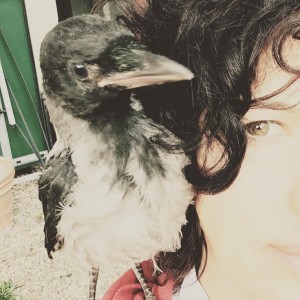